The rolling landscape is brown and brittle for as far as I can see. A ridgetop observation point allows the view to fold around me in all directions where valleys and ridge tops are capped in snow. The steppe is grazed short by the flocks of sheep and goats, herds of cattle and yak, and bands of horses. Livestock is scattered in all directions of the compass -- lots of livestock. Estimates range between 62 and 65 million animals, all competing for free forage. There is an alarming trend – there are fewer and fewer herders because some are giving up and heading to the city for employment and a change of life style. One herder told me he was considering selling his livestock and relocating to Ulaanbaatar to find work in construction. Another trend with fewer herders is that they now have larger herds resulting in no net loss of animals – in fact, livestock numbers continue to rise! Herder families rarely encroach on one another. Camps are located in areas of adequate safety from the weather, good drainage, good water, and room to roam.

Animal Disease lingers in the form of Foot & Mouth Disease (FMD). There was an outbreak of FMD in the central part of the country in the spring of 2018. The Department of Food & Agriculture (DFA) is responsible for responding to the outbreak and reducing or eliminating the virus by imposing quarantines and selective culling. Our host was contacted by one herder who had all 40 of his cows destroyed by DFA because of the severity of the infection. While this is uncommon, it is a back breaker for the herder who has no insurance and whose government is unable to provide any compensation for destroyed animals – the same government agency that is under-budgeted and under-staffed for such largescale events. This herder could give up and go to the city to find work or he could rely on family and neighbors (if available) to provide a few animals so that he can start all over. The herders are also very familiar with the bacterial disease Brucellosis that is present in the herds and flocks. It infects mammals and causes miscarriages or sterility in animals and in humans. I spoke with a herders wife who was infected early in her married life and was able to birth one a child prior to infection but unable to become pregnant after infection.  Cattle and other mammals are affected the same – they seem fine but will not produce offspring. There are no visible symptoms of infection. The herders now know that one way the disease is transmitted is in unpasteurized milk -- so they now typically boil all liquids.

Forage Needs Are Critical. The summer of 2017 was reportedly dryer than usual resulting in less quality forage available as fall approached. The poor rain conditions also affected the amount of hay that herders were able to harvest and store going into the winter. The winter had some periods of bitterly cold weather – one herder shared with me that he lost over 50% of his cows after 13 continuous days of -50F temperatures. It is nearly impossible to feed the animals enough calories during those temperature extremes. Those life-threatening weather conditions require that an animal have as much forage as it can possibly eat all day long. Unfortunately, if the hay supply is short and the animal is left to forage for its roughage, it will lose condition and energy every day until hypothermia sets in (the herders describe the animals as “weak”). On the other hand, I spoke with one herder who spent the equivalent of $10,000 US to feed hay to his livestock during the winter and only lost one animal! I believe there needs to be an intentional emphasis placed on leaving select areas free of grazing which will allow hay production for individual herders -- or even better – in collective fashion with neighboring herders. If there is a collective effort to harvest hay, the next hurdle is distribution before the harsh winter sets in and access to the remote camps is limited. Plans should also be made to provide local storage areas where herders could access emergency supplies of later winter hay, if needed.

We trained the herders to understand that a second way the infection is transmitted is by contact with the birthing tissues and fluids of animals -- the bacteria can spread to anyone who handles those tissues with bare hands (men and women can be infected). Other livestock issues such as injury, pneumonia, and sore feet might require medication, which is available at a reasonable cost to the herders. There needs to be improvement in herder instruction on its proper use.  Mongolian veterinarians are usually available, but they are expensive and it takes 1-2 days for them to arrive.

The Genetic Improvement is a critical component in the future in the life of the Mongolians livestock. The animals that I examined in the late winter looked gaunt and hungry. No matter how they looked, they survived the harsh winter! The sturdy Mongolian livestock have hardy genes and this fact must be celebrated! The native gene pool has adapted and survived in this environment for decades. There have been efforts over the years to improve the genetics of the livestock. I heard stories of imported French goats that quickly died out after one winter season. I examined many cows crossbred with European imports that did not seem to be faring well – their frame structure was too large and their hair coats were too thin to ward off the bitter cold. There is one breed that I believe might fit -- this is the “Scotch Highland” breed – they are small, well haired, fertile, dual-purpose cattle (good for meat & milk) and are suited for the harsh weather conditions of the open fields of Scotland. I would encourage officials to consider a trial of crossbreeding this breed of cattle with pure, native Mongolian cattle.

Winter lingers here a couple of days per week (it was 6F one crisp, blustery, snowy morning!), while spring tries its best to creep in slowly. The humidity is essentially zero, so the cold does not seem to penetrate your body as it does in my home state of Virginia. 32F in VA feels like 0F in Mongolia. Regardless of how the weather is perceived, the herders and their livestock are weary of winter and looking forward to warmer weather and spring grass growth.

Marketing of Animals and Animal Product is an important component of animal agribusiness. Cash flow is the most critical element in any small business. The Mongolian meat production industry is based on grass fed animals. Some herders direct market animals in the markets during the grazing season but most animals are marketed at the end of the grazing season. There is no central livestock market where public sales are held regularly as is done in many other countries. This presents many opportunities for a business that would buy less thrifty cattle – the older animals that are not breeding or the animals that did not gain well over the summer.

These animals will be worth less per animal, but selling and processing these less desirable animals could result in fewer animals to feed over the winter, could provide cash flow to allow for purchase of much needed hay, or could decrease the amount of weaker animals that are susceptible to weather stress and death. The product would need further processing and the ground meat industry could flourish with this available meat source.

Optimistic herders, shepherds, and farmers constantly amaze, teach and encourage me. Worldwide, they faithfully believe that the grass will be better next year, that there will be more healthy babies born the next spring and there will be reasonable weather this upcoming winter. The Mongolian herders that I had the privilege of visiting with share the same values with farmers all over the world. They embrace the hard work because they love the way of life it allows them. Many Mongolian herders have been following the nomadic way of life for generations but are considering a move to the city because of jobs and a different lifestyle.  The same trend is happening in the US and other developed or developing countries. With the assistance of groups like DSI and steady improvement in disease control, nutrition, genetic selection and the development of emerging markets, the future looks bright for keeping the Mongolian herders on the land. 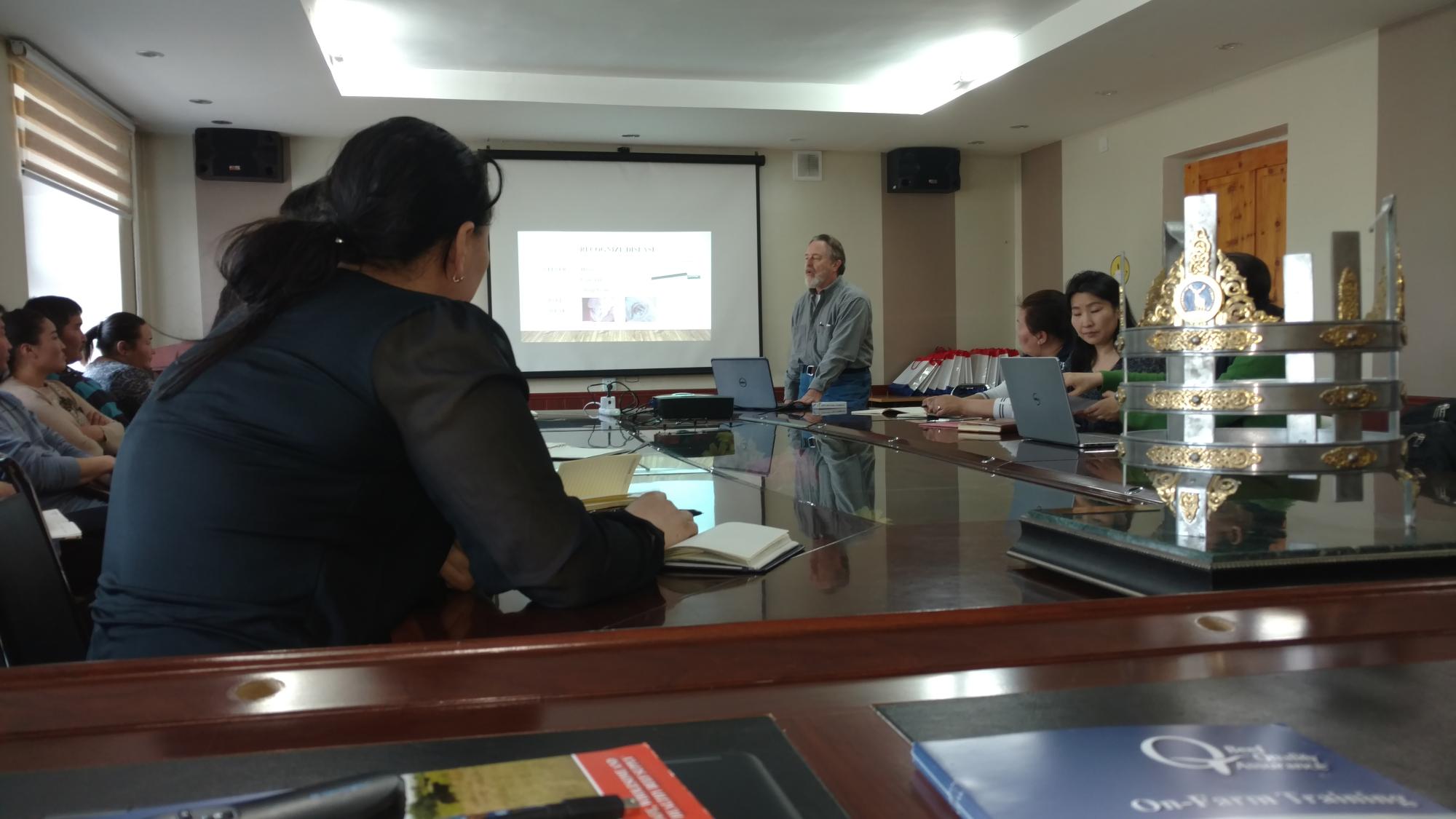 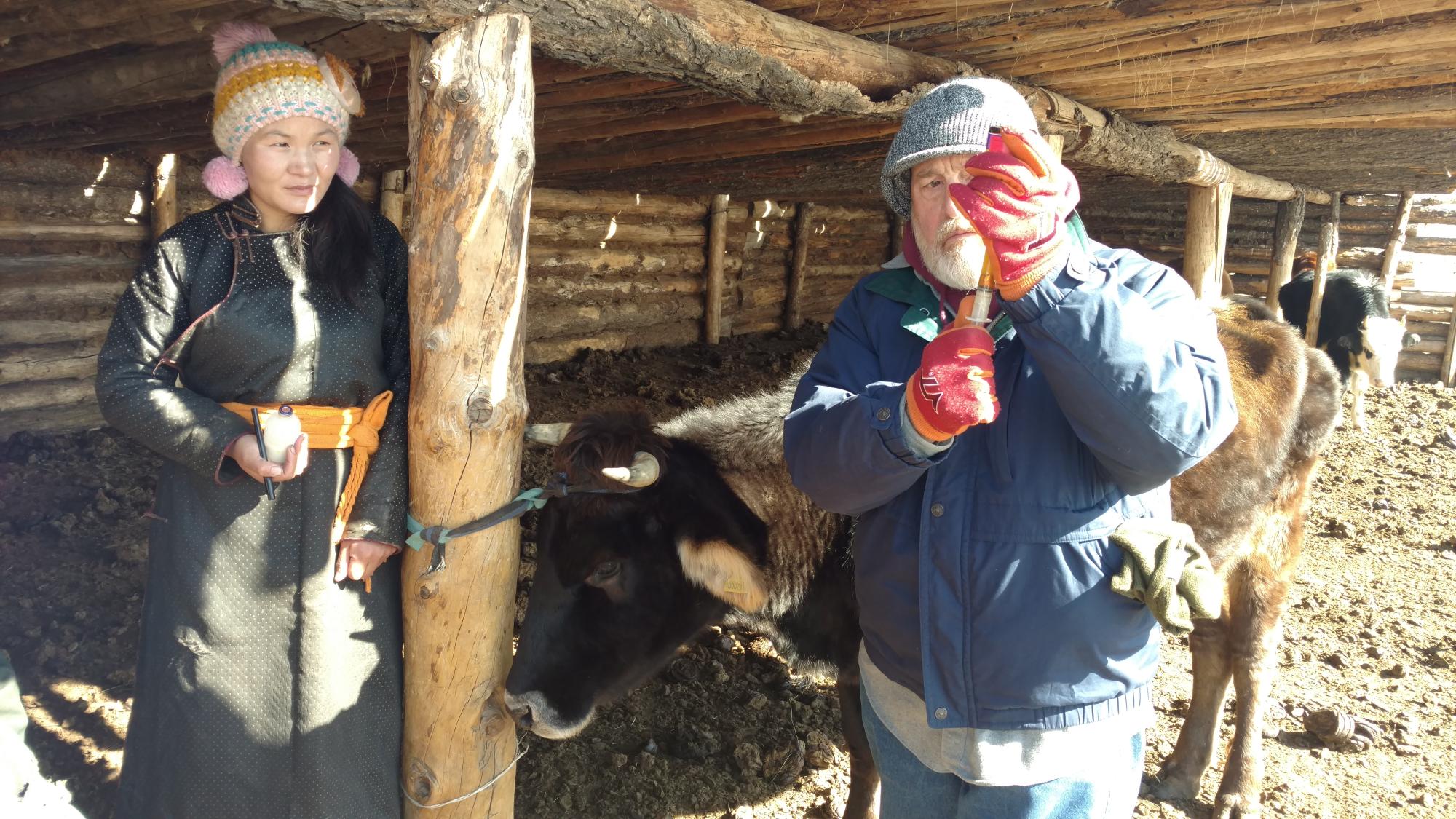 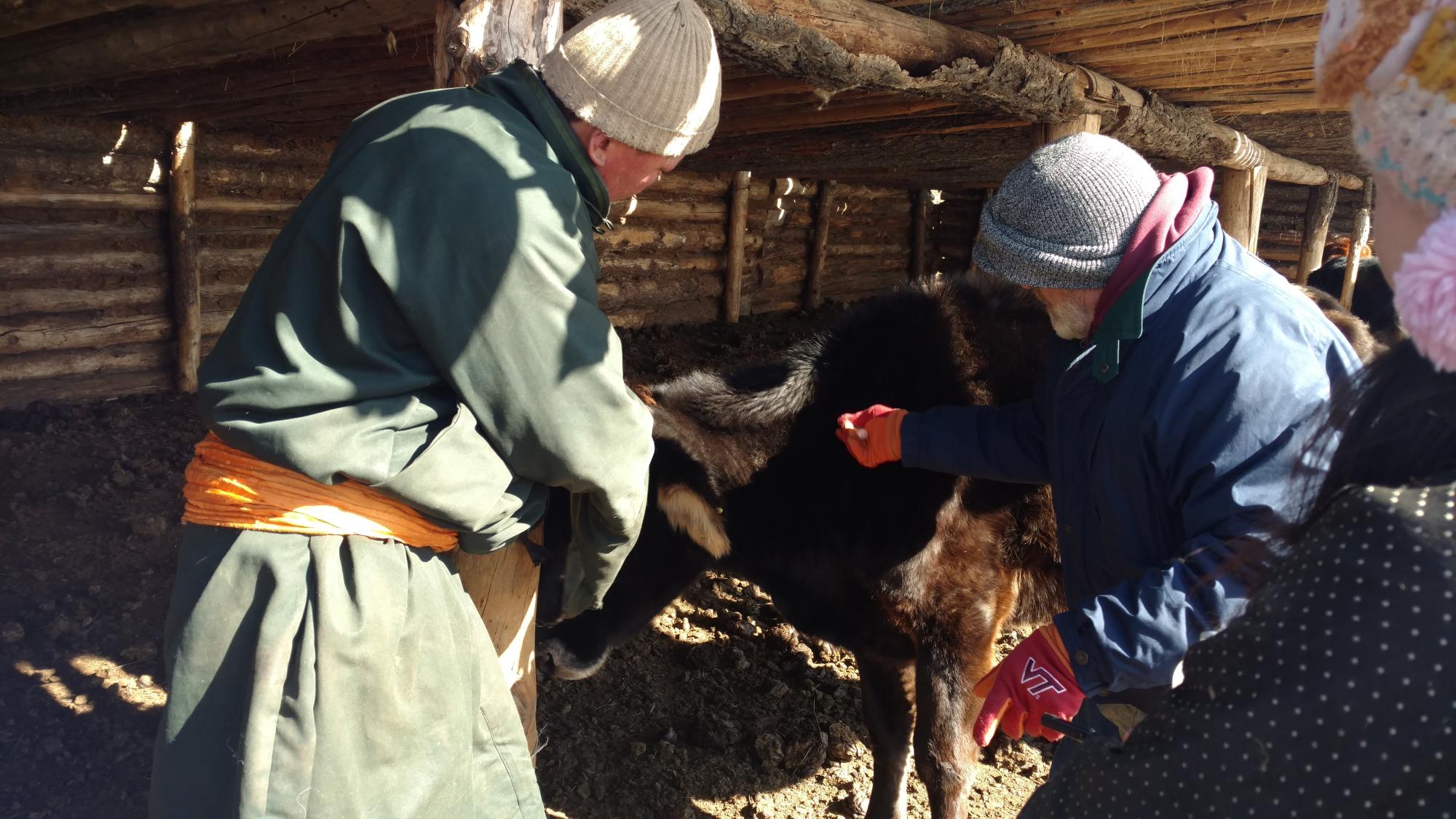 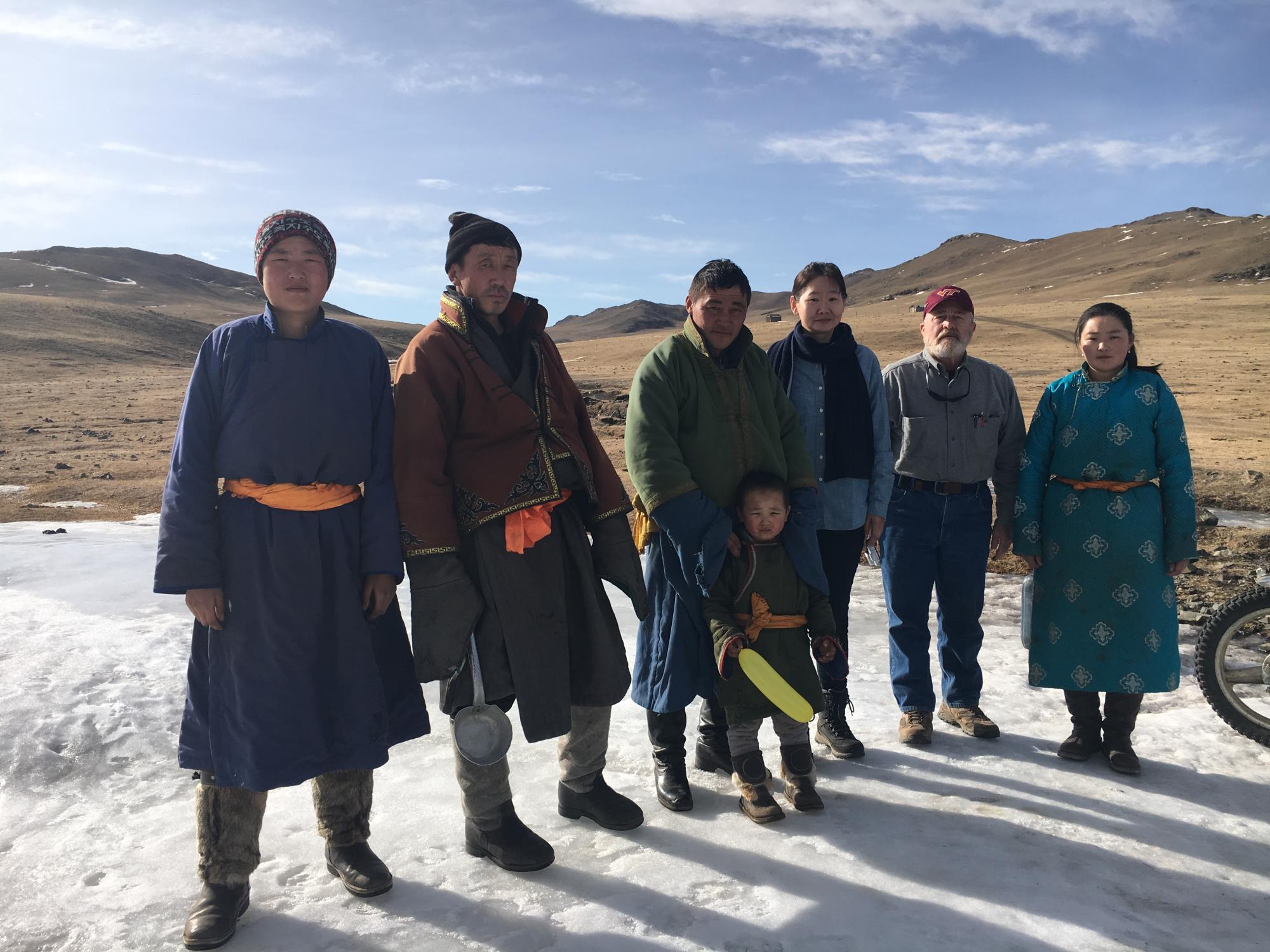 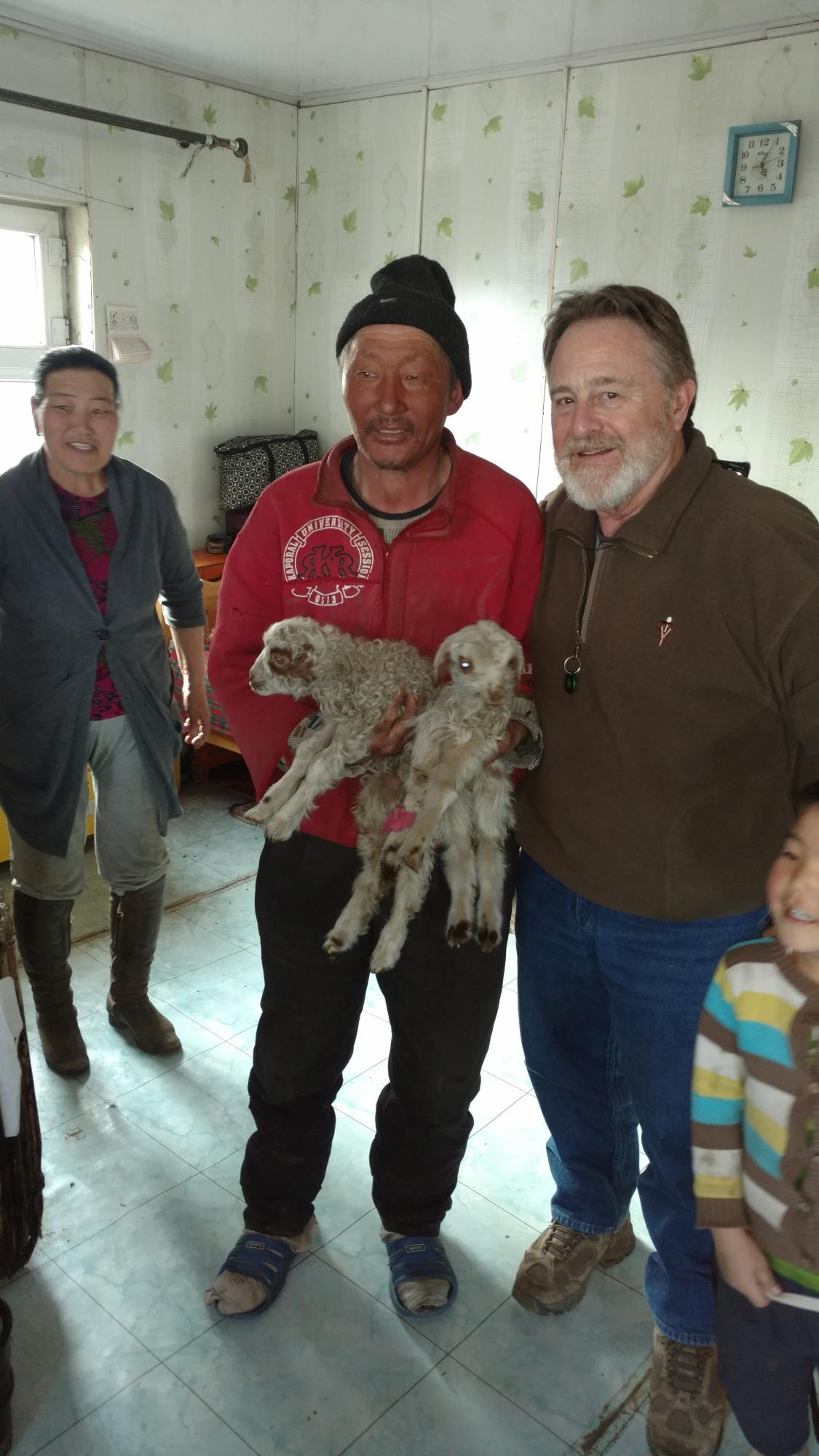